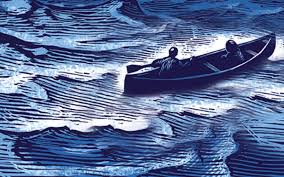 In the promos for the TV series, “The Story of God,” Morgan Freeman asks, “What happens when someone sees, or feels, the presence of God?”

For people for whom the “rational” is absolute, any answer to this question is merely “anecdotal,” not worthy of consideration in debates about what matters. And while I agree that anecdotes are insufficient in decisions such as what medicine to take, I believe a large quantity of witnesses over a long period – such as with the Judeo-Christian tradition in religion – carries a lot of weight.

Our courts recognize this in the importance given to eye-witness accounts.

So the book, “Why Religion? A Personal Story,” by Princeton University religious historian Elaine Pagels, is helpful. In the book’s Introduction, she describes herself as a “historian who talks about human beings and the cultures we create.” The book’s central question appears to be why religion is still around in the 21st century.

“Everything we experience shapes what we are capable of understanding…,” she writes, and the book is written on a platform of her experience. Religion is still around because it fulfills the need we humans have to be connected to God.

“Many of us … have left religious institutions behind…. I’ve done both – had faith, and lost it; joined groups, and left them. To my own surprise, I then went back, seeking to understand what happened….”

Her father “a distinguished scientist,” was soft-spoken but with an explosive temper. Her mother was distant, “fearful and anxious.” She learned about love from her grandparents.

As a 15-year-old, she was moved by a rally in which Billy Graham was the main speaker and says she found his invitation to “accept Jesus into your heart irresistible.”

“My parents were horrified,” she writes. “My father was angry; he hated religion….” Later, she herself decided against this brand of religion.

As an adult, she experienced double tragedy. Her 6-year-old son, Mark, died from incurable pulmonary hypertension. Her husband, Heinz, a 49-year-old theoretical physicist and director of the New York Academy of Sciences, died in a hiking accident.

As in the case of many who’ve experienced such adversity, she had to address the “theodicy question:” How can a good God allow evil? In a review of the book in the National Catholic Reporter, Presbyterian elder Bill Tammeus calls this “the open wound of institutional religion.”

Not content with “a bumper-sticker-size answer,” writes Tammeus, the only honest reply is that we simply don’t know. However, religion is not principally meant to answer questions but be a conduit to God.

Pagels was for a time a member of an evangelical church “in which simplistic answers to knotty theological questions were always on the menu.” But she eventually began to see that religion is not “primarily a matter of what you believe,” writes Tammeus, who quotes Pagels at length.

Felt a Burst of Joy

As her son died in her presence, she “sensed that he’d felt a burst of joy and relief to leave his exhausted body.

“Before that moment, I’d taken for granted what I’d learned, that death was the end, any thought of surviving death only a fantasy…what I experienced that day challenged that assumption.

“I was startled to realize that somehow I still wanted to believe that we live in a morally ordered universe, in which someone, or something – God or nature? – would keep track of what’s fair.”

Religion should not offer the “facile comfort that churches often dole out like Kleenex,” Pagels wrote. “Rather, it should proclaim “that every one of us is woven into the mysterious fabric of the universe, and into connection with each other, with all being and with God,” whom “we cannot fully know.”