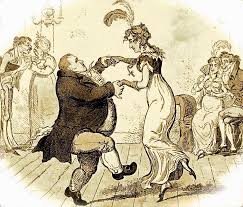 Those Who Don’t Dance

Israel recently held a national day of mourning for 45 men and boys killed in a stampede at a packed Jewish festival.

The deadly crush at Mount Meron in northern Israel has been described as one of the worst peacetime disasters since the nation’s founding in 1948, according to Yahoo News. At least 16 children and teens were among those killed. (Currently, many more people in the region are being killed in a never-ending battle between Israel and Palestinians.)

The stampede broke out as tens of thousands of mostly ultra-Orthodox Jews thronged the reputed tomb of Rabbi Shimon Bar Yochai to commemorate the second-century Talmudic sage’s death and mark Lag BaOmer holidays. The Talmud is the body of Jewish civil and ceremonial law and legend, says Wikipedia.

Undoubtedly many who read or heard this report shook their heads in dismay, grumbling about religious fanaticism and wondering if not all religion is fanatical. Some see fanaticism in the martyrdom of early Christians and the great hardships many people endure for the sake of their faith even today.

Personally, I admire people willing to “walk the talk,” living out their beliefs in their lives. Assuming that the belief is rational – and part of the problem is that many people dismiss all religion as irrational – you should be willing to sacrifice for it. What happened in Israel apparently was an enthusiasm that got the better of people’s judgment. It happens, though usually with not such dire consequences.

Dictionary.com defines fanatical as “motivated or characterized by an extreme, uncritical enthusiasm or zeal, as in religion or politics.”

To Save the Lives of Loved Ones?

But what about people who participate in extreme forms of sport, such as the TV challenges or the show “Alone” I wrote about last week, who put their lives in danger for the sake of a cash prize? What about the people who go to extremes to land a job (I know somebody who slept in his car for two weeks so he could take a job in another state.) or to save the lives of loved ones?

“Those who dance are considered insane by those who can’t hear the music,” is the paraphrase of a quote attributed to Frederick Nietzsche, the famous German philosopher. In my opinion, it applies here. People who live out their faith may appear fanatical to those who don’t “get” religion.

People who don’t understand religion’s relevance or importance are likely to see Jesus as a fanatic as well. He underwent an excruciating execution that he could easily have escaped. I acknowledge that the meaning of his crucifixion is hard to understand but to me, it’s the ultimate evidence of his love for humanity.

And one of the most common misunderstandings of at least the Christian faith is that it principally means belonging to an institution, abiding by its rules and uncritically believing all that it teaches.

Belonging to an institution may be part of it, but I believe Christianity, at least, is first of all a relationship to God and others. So believers are more like the people who undergo hardship to save the life of a loved one than like people who risk their lives for a cash prize or to get a coveted job.

The idea is that eventually, we become so enamored of God, and of our fellow human beings, that we’re willing to make sacrifices – sometimes heroic sacrifices – for them. To those who don’t dance, that appears to be fanatical.