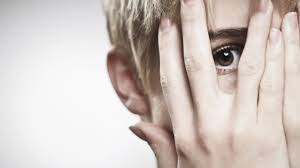 Is There Such a Thing as ‘Catholic Guilt?’

The short answer, in my opinion as a lifelong and practicing Catholic, is “yes.”

There’s no doubt that Catholic doctrine and tradition impose more responsibility on its members than many other churches. This causes anxiety and exaggerated feelings of guilt in some of its members.

But I believe the concept of “Catholic guilt” is exaggerated, cited often by critics and comedians, including Catholic comedians. So, for me, the longer answer to the question posed in the title is, “not for Catholics who know and understand their church’s teachings.” Still, I acknowledge that as a religion that is over 2,000 years old, it has more than its share of complex teachings, many of which lead to misunderstanding.

I’m writing about this subject because my Internet search engine recently had an article on its main page called, “What is Catholic Guilt and Do You Suffer from It?”

Laced with a Dig

Clicking on the title takes you to a series of slides with text under stock photos of people in various stages of stress. The slides start with an acknowledgement laced with a dig. “Despite the many scandals that have hit the Catholic Church, this Christian denomination remains the most popular in the world. Indeed, it is estimated that there are over 1.3 billion Catholics around the globe.”

I’m not sure what the “many scandals” are. The only major, recent one of which I’m aware, and of which most people are aware, is the abuse and cover-up of minors by Catholic clergy – admittedly a scandal that would make any others pale by comparison.

In any case, the presentation says that many countries, “such as Brazil, the Philippines, Mexico, the United States, and Italy” are among nations with the largest percentage of Catholics and that “such a high number of believers has an impact on the emotional well-being of these people and those around them, both in a good and bad way.

The Notion of Sin

“For instance, some concepts of Catholicism, such as the notion of sin, can trigger guilt in those who feel they are going against the Church and even God.” It then defines Catholic guilt as “a feeling of excessive guilt, felt by both practicing Catholics and non-practicing lapsed Catholics” that “arises when they do things that are deemed as going against the principles of the Church and God.”

The presentation acknowledges that “guilt can be helpful in acting as a moral compass, and can help us distinguish right from wrong,” and concedes that members of other religions also experience guilt feelings. “Catholic guilt, however, is excessive and negative overall,” it says.

It’s hard not to interpret that as saying that Catholic belief and practice themselves are “excessive and negative overall,” an idea with which I strongly disagree.

It’s true that many norms of Catholicism are not those of modern society, but that doesn’t mean they’re excessive or negative. I agree that the Catholic Church is complicated, mostly I believe, because of its centuries of historical and cultural baggage. But to me, it’s a church that attempts to teach what Jesus taught. And in my experience, promotes compassion, respect for others and for life itself, and the advancement of humankind.

I think the writings of recent popes, especially those of Pope Francis, and the documents of the Second Vatican Council – the gathering of the world’s Catholic bishops between 1962 and 1965 – affirm that.

No doubt Catholicism, and all religions that advance a sense of moral responsibility, can be associated with feelings of guilt. “Sin” may have become among the most obsolete of words, but it exists no matter what you call it. And guilt is not always pathological. We can have feelings of guilt because we’re guilty. The real question is how we respond to those feelings.

Obviously, emotional repression is not a good response. Besides the availability of the Sacrament of Penance – among Catholicism’s most misunderstood practices – the church promotes self-forgiveness and seeking God’s forgiveness directly.