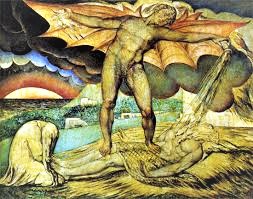 The Bible: A Mishmash of Gobbledygook?

The Bible may be the best-selling book of all time, but how many people who have bought it, or received it as a gift, have actually read it? I suspect it often collects dust on bookshelves or is hidden safely out of sight.

I get it. You could ask the same question about the works of Shakespeare or the poems of Emily Dickinson. Who can understand them, and who has time to try? To many, the Bible appears to be a mishmash of gobbledygook, probably of unreliable authorship, having little-to-no relevance to their lives.

I had those ideas as a youth. It wasn’t until I had the good fortune to have a brilliant Scripture scholar, Ignatius Hunt, who spoke and read the Bible’s original languages – as a seminary professor. He woke me up to the Bible’s wisdom, beauty – and despite being thousands of years old – relevance. I’ll always be grateful to him.

Sort of a Travelogue

In previous blogs, I’ve recommended to people unfamiliar with the Bible to start their Bible reading with the Acts of the Apostles. It’s relatively easy to read and understand. Much of it is sort of a travelogue of the Apostle Paul, who, arguably after Jesus, is the person most responsible for the development of Christianity.

In the Hebrew Bible, or Old Testament, the Book of Job is winner in the relevance department, in my view. Written between the 7th and 4th centuries before Christ, it illustrates that ancient people dealt with an issue that is very much with us today, often referred to as “the problem of evil.” A summary of the “problem” is the title of the famous 1981 book by Rabbi Harold Kushner: “When Bad Things Happen to Good People.”

Job is a “God-fearing” man who has everything going for him. But Satan tells God Job loves God because he has such a great life. God and Satan argue, then God tests Job by making his life a living hell. His friends, at first sympathetic, eventually blame Job for his troubles. Job maintains his innocence but doesn’t complain about God, who at the end restores Job’s good fortune.

Based on Our Merits?

The Book of Job challenges the idea, common among the ancient Jews and among many people today, that we are rewarded or punished in this world based on our merits. Unfortunately, the book doesn’t resolve the “problem of evil.” It does, however, present in Job a model of how people should accept good and evil in their lives and be confident that through one and the other, God is with us.

One of the problems that many people have with the Bible is its apparent lack of truthfulness, and Job illustrates the point. Are we to believe that there was actually a man named Job and that God argued with Satan over him, and take literally all the other events in the book? Of course not. Like the New Testament parables, the Book of Job is meant to make a point.

That’s the case with many other stories in the Bible, old and new testaments. Many are based on historical events, but many others use myths and ancient stories to provide lessons about God and our relationship with him/her. It’s not history.

This shouldn’t be shocking, but it still seems to be so, including among my fellow Catholics. That’s the case even though the official position of the Catholic Church, at least as far back as the time of Pope Pius XII, who died in 1958, was to urge people to understand the importance of science – yes, science – in understanding the Bible.

The Bible, wrote Pius XII, is “a temporal, human collection of writings,” though inspired by God. For me, the best summary of understanding the Bible is the title of the book by Jean Levie, “The Bible: Word of God in Words of Men.”

Does this view of the Bible arise from embarrassment about the biblical myths and stories in the face of modern criticism? No, it arises out of the discoveries and insights provided mostly by science.

“This clarity,” writes Ignatius Hunt, in his book, “Understanding the Bible,” has come to us “through vast archeological discoveries made throughout the Near East during the past century; through the unearthing of entire libraries of ancient literatures; through an ever surer knowledge of the Semitic tongues and the philosophy that lies behind them; …and through giant strides made in our understanding of the manner of speaking, relating, and writing in use among the ancients.”