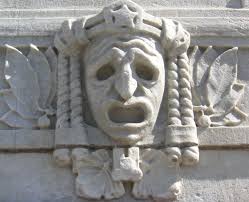 I’m not big on hearing the opinions of celebrities on politics, religion or any field other than their own.

But the recent interview of comedian Steven Colbert by CNN’s Anderson Cooper isn’t about Colbert’s opinions but about his personal search for God and how it relates to grief and suffering.

I know Colbert is a fierce political commentator and that Cooper’s network is associated with the political left. But this isn’t about politics. It’s about one man’s view of what all of us experience, and struggle with accepting, and attempts to answer the question, “How can suffering be redemptive as some religions claim?”

Cooper’s mother, Gloria Vanderbilt, best known as fashion designer and heiress to the fortune of the famous Vanderbilt family of New York, died recently at age 95. Colbert wrote Cooper a letter of condolence saying, “I hope you find peace in your grief.’”

Punishments as Gifts?
In his interview of Colbert, Cooper used that as a segue to talk about grief and suffering. Colbert’s father and two brothers died in a plane crash when Colbert was young and referring to that, Cooper asked Colbert to explain what Colbert meant when he once said he’d “learned to love the thing that I most wish had not happened” and to ask “what punishments of God are not gifts?”

“Do you really believe that?” Cooper asked.

Colbert seems to choke up, looking down and leaving the impression he doesn’t want to answer. Then, knowing that he’s challenging many of his fans who have followed the trend of rejection of God and religion, he calmly but firmly says, “Yes.”

“It’s a gift to exist and with existence comes suffering,” says Colbert, a Catholic. “There’s no escaping that. I guess I’m either a Catholic or a Buddhist when I say those things,” he joked, because he’s “heard them in both traditions.”

“I want to be the most human I can be and that involves acknowledging, and ultimately being grateful for, the things that I wish didn’t happen, because they (give) me a gift,” he added.

Colbert says that trying to make his mother laugh again after the death of her husband and two sons was, perhaps, what made him want to be a comedian.

Colbert’s views on grief and suffering reflect traditional Catholic teaching, which some skeptics may find hard to swallow. It assumes some degree of faith, of course, that a loving God is in charge and that, ultimately, all is well.

Pope Francis Letter
This view is reflected in a letter Pope Francis recently wrote to the residents of Genoa, Italy, comforting them on the one-year anniversary of the collapse of the Morandi Bridge, which killed 43 people.

“The more we are aware of our weakness,” he wrote, “of the precariousness of our human condition, the more we rediscover the beauty of human relationships, of the bonds that unite us, like families, communities, civil society.

“We are men and women full of defects and weaknesses, but we have a Merciful Father to whom we can turn, a crucified and Risen Son who walks with us, the Holy Spirit who assists and accompanies us.” Colbert and Pope Francis are kindred spirits, seems to me.

In his interview with Cooper, Colbert said, “We’re asked to accept the world that God gives us and to accept it with love.”