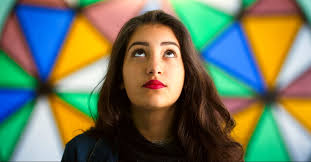 In several of her books, the famous novelist, Anne Lamott, has written often about her struggles with doubt.

“I have a lot of faith,” she wrote in Plan B: Further Thoughts on Faith. “But I am also afraid a lot and have no real certainty about anything.”

She remembered, however, something a beloved priest told her, “that the opposite of faith is not doubt but certainty. Certainty is missing the point entirely. Faith includes noticing the mess, the emptiness and discomfort, and letting it be there until some light returns.”

I would bet that everyone who is searching for God, no matter the “amount” of faith, has had doubt, whether they’re willing to acknowledge it or not. Just as I imagine most agnostics and atheists have doubts about their positions.

In my opinion, we need not fight doubt. We have doubt because God made us rational beings who test everything. The apostle Peter doubted. That’s why he denied Jesus. The disciples on the road to Emmaus doubted.

After Jesus’ resurrection, according to Luke’s gospel, two disciples were walking to a village called Emmaus, when they were joined by a stranger. “What were you discussing,” the stranger asks. They didn’t recognize the risen Jesus, and answered by telling him about Jesus’ trial, crucifixion and resurrection, adding “we had hoped that he was the one who was going to redeem Israel.”

The best known doubter of the Christian Bible is the apostle Thomas, who said he wouldn’t believe in Jesus’ resurrection until he had proof, and he’s called Saint Thomas.

Mother Theresa is said to have written, “It’s not faith God wants but faithfulness.” In other words, to love God and others despite our doubt and because of our faith and desire to be faithful.

Though we crave certainty, doubt is part of our everyday lives. It is part of the human condition, and for good reason. We may doubt whether our pharmacist has accurately filled out prescription; whether a relative or friend really loves us; whether our government or employer or church really have our best interests at heart.

Doubt is Nothing New

And contrary to what we may think, doubt about God or the church is nothing new. Jesus complained about his generation wanting “a sign,” like we yearn for one about whether God is really here, whether God cares anything about our world or us.

We may doubt God’s existence but nonetheless blame God for what we often do to ourselves – starting wars, hurting each other, and ignoring God’s calls for love and forgiveness. And we complain about how God designed the world. “If God exists, why doesn’t he simply reveal himself and be done with it?”

So, what does it mean to believe?

It doesn’t mean having certainty, that’s for sure. As with belief in anything, it exists alongside doubt. That’s why it’s called faith. But it is rational because there are good reasons for believing – like the millions of witnesses throughout history who have believed and the thousands who gave their lives for their faith, the historicity of the New Testament, the apparent “wiring” of humans for faith, and the beauty and order in the universe.

Can’t Think Your Way to God

But in my opinion, you can’t think your way to God. It requires intellectual assent, but much more. “…If I have all faith so as to move mountains but do not have love, I am nothing,” writes Paul in his first letter to the Christians at Corinth.

Tomas Halik, the Czech philosopher and theologian, wrote a great book called Patience with God, which I’ve often quoted. I especially like this brief description of Halik’s idea of faith by Ben Myers on the web site Faith and Theology.

“His argument is that the real difference between faith and atheism is patience. Faith …is a patient endurance of the ambiguity of the world and the experience of God’s absence.”

One of the prayers I’ve made my own is that of the father of a sick boy in the Gospel of Mark. The father asks Jesus for a cure. Before granting his request, Jesus replies, “All things are possible to him who believes.” The father answers, “I believe; help my unbelief.”