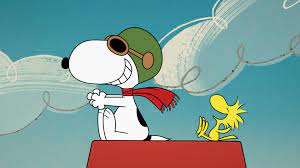 Can We Choose Joy?

Sadness has a way of creeping into life, even when you want to reflect the joy of faith.

For me, this was occasioned by the recent death of my cousin and life-long friend, Dan Carney. Strictly speaking, we were of two generations. I am actually the first cousin of Dan’s dad, but Dan was only 3 and a half years younger than me and, even though we were together only occasionally, I fondly recall playing with him as a kid and in the last few years having long telephone conversations with him on religion, politics, family history, and one of his life-long passion, cars.

Dan was in the seminary with me at Conception Abbey in Missouri and though he left after a couple of years, late in life he became a deacon and threw himself into that ministry. In between, he was in the auto salvage business, first with his dad, then on his own, and was a cigar-smoking auctioneer. His vocabulary was laced with words that are not used in polite society. When he told me he intended to study for the diaconate, I wondered how he would avoid using those words in his homilies. (He did avoid that, of course.)

He wasn’t around a lot of “churchy” people during his mid-life. Years ago, on a rare visit to his auto auction facility – a place frequented by mechanics and car tinkerers – a friend and I were momentarily left alone while Dan tended to business. A man, who evidently overheard some of our conversation, walked up to me and asked if I was “kin” to Dan Carney.

I was hesitant, wondering if he had something against Dan. When I said I was, he replied that he had been a customer there for many years and he wanted me to know that Dan was exceptionally kind to everybody who walked into the place, always taking time for them and hearing them out.

“You should be proud to be related to him,” he said.

God sees into the heart, and there was plenty of goodness to see in Dan’s. His deacon assignment was at the hospital in his home town of Fort Dodge, IA and to say he took that job seriously would be a gross understatement. He leaves behind his wife, Mary, three grown children and several grandchildren.

Going About Their Business

The day after the funeral, I was thinking all day about how they would try to go about their normal business: working at jobs, preparing meals and doing the dishes, cleaning up after guests – all with a big hole in their hearts.

It happens in every family, to all of us. Sadness is part of life and we can’t all be Pollyannas, excessively and relentlessly cheerful. So how do we genuinely reflect the joy promised by faith when sadness is ever at our door?

I wish I knew, but I believe we’ve been given some clues, among which is the knowledge that joy isn’t continual giddiness but an honest look at what life entails and confidence that in the last analysis, God is in charge and ultimately, we will be OK. Personally, I pray daily for the joy I believe God intends.

“I am convinced we can choose joy. Every moment we decide to respond to an event or a person with joy instead of sadness. When we truly believe that God is life and only life, then nothing need have the power to draw us into the sad realm of death. To choose joy does not mean to choose happy feelings or an artificial atmosphere of hilarity. But it does mean the determination to let whatever takes place bring us one step closer to the God of life.

“Maybe this is what is so important about quiet moments of meditation and prayer,” he writes. “They allow me to take a critical look at my moods and to move from victimization to free choice.”

That’s something I forgot to mention about Dan Carney. His face was blessed with frequent smiles and laughter. He seemed to easily see the goodness in people, “good” or “bad,” and enjoyed nothing more than being with them. Knowing his family, I’m sure that despite the sadness they feel about his passing, they’ll rely on the joy the faith brought to Dan and which they shared for so many years.

Dan’s life was proof that you can choose joy.