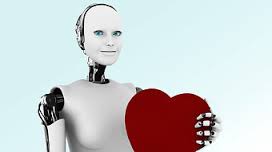 Although I’m not fond of describing faith as a “mystery,” I must acknowledge that it is, like “love,” a nebulous word whose meaning is difficult to nail down. It means different things to different people and is profoundly personal.

Still, there is an objective aspect to faith, something about it that we can share.

That’s not quite true, of course, because others’ insights into faith may be necessary for our own faith to grow. It is true, however, that people who don’t have faith in their lives are left scratching their heads.

This blog has covered mostly faith as a way of knowing, focusing on questions of belief vs. non-belief. Although that sense of the word may be fundamental, it may not be the most important or interesting aspect of faith, at least for a Christian.

Talking about her book, “Take This Bread: A Radical Conversion,” Sara Miles, founder and director of The Food Pantry and director of ministry at St. Gregory of Nyssa Episcopal Church in San Francisco, said in an interview in Christian Century: “Belief is the least interesting part of faith. I can believe all kinds of stuff, whatever I choose – but what I believe isn’t the point. The point is to live in a relationship with God that’s not controlled by my own ideas.

“Faith is about putting my heart and my trust – my whole life – in God. Christianity is at heart about relationship – and the nature of my faith rests in relationship rather than belief.”

This brings us to the great debate of the Protestant Reformation of the 16th century. It involved a focus on “works” by Catholics and on “faith” by Protestants. Few people, including theologians on both sides, pay much attention to the debate anymore because it turned out to be a false dichotomy.

The debate arose because of Martin Luther’s intense study of the letters of St. Paul in which Paul wrote that humans are “justified” or “attain salvation” by faith alone. The background to Luther’s insights is a time when the Catholic Church, in which Luther was an Augustinian monk, was trying to raise money for the building of St. Peter’s Basilica in Rome. The church was granting “indulgences” – the guarantee of a reduced sentence in post-death punishment for sin – in exchange for contributions.

Luther rightly condemned the practice, not so much because of the money involved but because he believed it absurd that people could think they could “earn” their way into heaven. He focused, instead, on the saving grace of Jesus. To counter Luther’s arguments, Catholics focused on the Letter of James in the Christian Bible, subsequently not recognized as a true book of the Bible by Protestants. In it, the author of “James” writes:

“What good is it, my brothers if you have faith but do not have works? Can faith save you? If a brother is naked and lacks daily food. If one of you says to them, ‘Go in peace, keep warm and eat your fill’, and yet you do not supply their bodily needs, what is the good of that?  So faith by itself, if it has no works, is dead.”

Years of meetings between Catholic and Lutheran leaders have worked out a common understanding of the apparent dilemma, resulting in an agreement that basically says both are important: faith as the foundation and works as a manifestation of the foundation.

Although many modern people may see this debate as a complete waste of time, there are lessons to be learned. One is that those who have found some success in the search for God shouldn’t pat themselves on the back. Believers must recognize that faith is a gift.

The second is that faith can’t be separated from everyday life, placing it in your “church” drawer, or your “spirituality” drawer. Your faith must guide all aspects of your life: politics, the environment, sports, sex, business, everything.

The daily prayer book, Give Us This Day (which I recommend for people searching for God), recently had a page on Karl Rahner, the German Jesuit theologian who died in 1984. It says Rahner’s “chief aim was to make Christian faith intelligible to people living in a world marked by doubt, pluralism, science, and historical consciousness.”

I shy away from using the word “mystery” when talking about God because I see it as a way to throw up your hands and stop thinking, but Rahner, and many contemporary theologians, used the term when contemplating an utterly unknowable God.

So, ignoring my self-imposed prohibition against the use of “churchy” words in this blog, I provide the following quote because it has something significant to say about the search for God.

“Rahner believed that all human existence is rooted in the holy and infinite mystery of God,” the author writes. “Therefore religious experience was not so much a separate category of existence as it was the potential for a certain quality or depth available in everyday life. By nature, human beings are created with an openness to God. To the extent that we accept this gift – that is the way of salvation.”