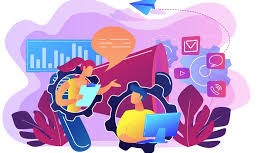 I often read or hear comments about the Bible that go like this: “Why should anyone pay attention to a book that was written when people were barely literate and filled with superstition and knew nothing about the universe and how it works?”

Or, regarding the Christian Bible, or New Testament: “It’s nothing but propaganda for a new religion. Ancient public relations.”

Basically, the complaints are that the Bible is hopelessly antiquated and therefore, useless.

Is it possible that we who live in an era of lightning-fast innovation, where new products and ideas are daily occurrences, have come to believe that wisdom can also become obsolete?

Have we nothing to learn from Aristotle, Plato, Augustine, Aquinas, Shakespeare, Da Vinci, Galileo, Kant, Darwin, Einstein, Descartes, and Goethe? (It’s not lost on me that all these people are white males. And that shows that, like all human wisdom, theirs was limited.)

Well, then, how about Abraham, Moses, Elijah, Jeremiah, Isaiah and the Psalms from the Hebrew Bible and St. Paul, St. Luke, and Jesus from the Christian Bible? Do they really have nothing to say to us because they aren’t our contemporaries? Fact is, “human nature” has changed little since the time of Aristotle, and the wisdom of the ancients and others in history can provide a perspective that is missing from modern lives.

Moving insights and observations from the Hebrew Bible, or Old Testament, include God’s revelation to Moses: “I am who am;” and Jeremiah’s agonizing complaint about being God’s spokesperson: “…It becomes like fire burning in my heart, imprisoned in my bones; I grow weary holding it in, I cannot endure it.”

And the author of Psalm 90 (Catholic version) who puts these words into the mouth of God, addressing his faithful ones: “Since he clings to me in love, I will free him; protect him for he knows my name. When he calls I shall answer: ‘I am with you.’”

As for the New Testament being mere propaganda for a new Jewish sect, all I can say is that if it’s mere public relations, it’s close to worthless.

Jesus’ disciples, the revered leaders of the first Christians, spent years with Jesus but apparently failed to understand his mission, according to the gospels. Even after Jesus’ resurrection, they asked him, “Will you now restore the kingdom to Israel?” In other words, is your teaching about a political change, expelling the Roman occupiers and re-establishing a Jewish nation?

And those same leaders, including Peter, the apostle Jesus saw as the leader of his movement, abandoned him when the going got tough. Shortly before abandoning him, apparently with little thought, Peter pledged to Jesus that “even if I must die with you, I will not deny you.”

The gospels, in fact, sometimes paint Peter as an impulsive rube who jumps into the Sea of Galilee to get to Jesus, and on another occasion during a profound mystical experience, suggests building three “tents” to honor Jesus and two Old Testament heroes. It brings to mind the adage, “Fools rush in where angels fear to tread.” No, some of Peter’s pre-resurrection characteristics definitely align with modern life.

If you’re still not convinced that modern people can relate to a biblical character, read the story in John’s gospel of the woman at the well. When the conversation with Jesus becomes too personal, she seeks to distract Jesus by getting into the standard religious debate between the Samaritans and the Jews. And after her encounter with Jesus, she goes to her neighbors with the wildly exaggerated statement, “He has told me everything I’ve ever done!”

These scenes could be lifted from a modern novel or screenplay. Fact is, the Bible, even though it is as old as 3,000 years, has never lost its relevancy as the Word of God in the words of humans.