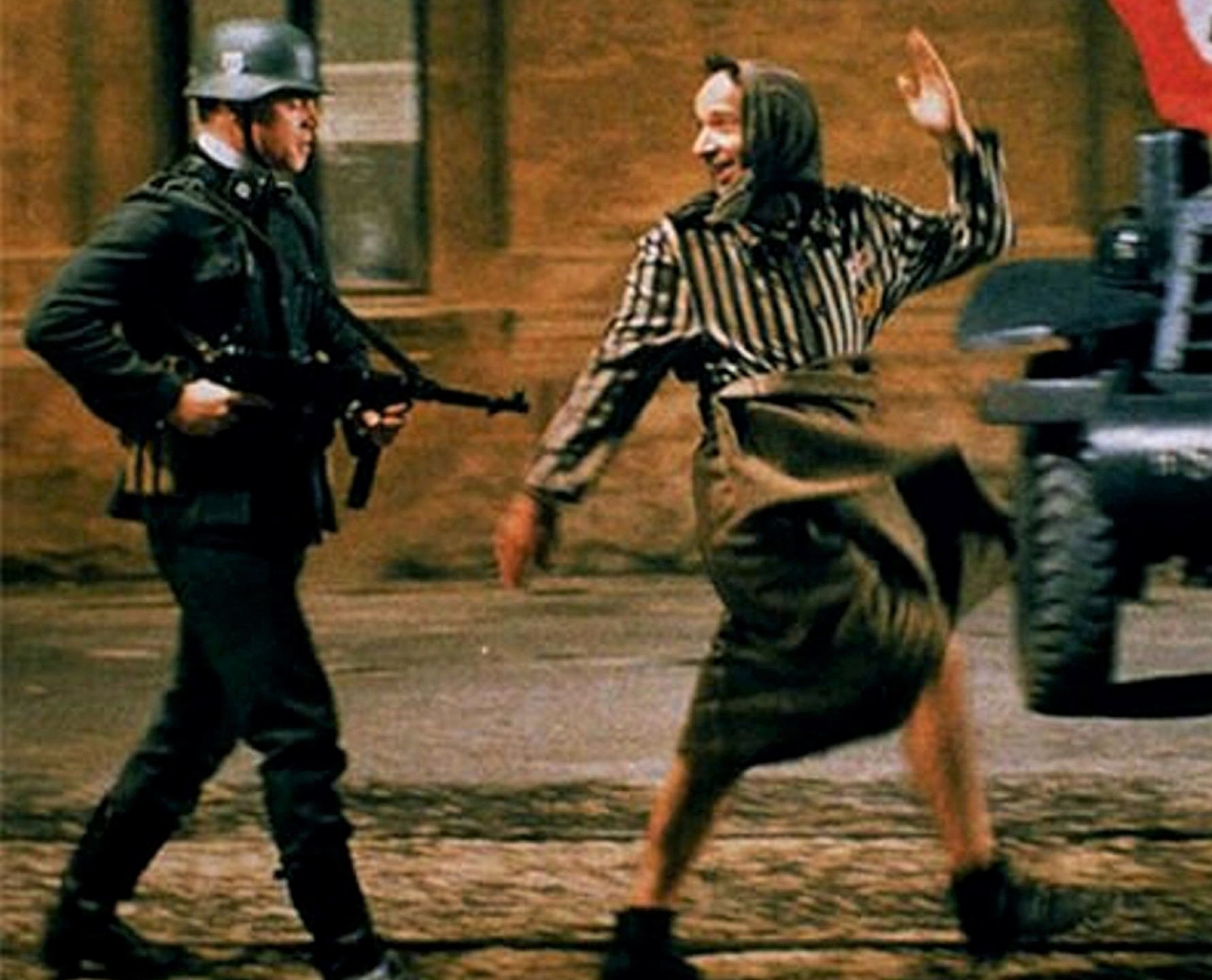 Will Everything Really Be OK?

I recently happened across clips of the 1997 movie “Life is Beautiful” on YouTube and was reminded that the movie itself is beautiful, and meaningful.

The winner of three academy awards, it tells the story of Guido Orefice, a Jewish Italian bookshop owner, who in 1944 – when northern Italy was occupied by the Nazis – was arrested with other family members and taken to a concentration camp.

In the camp, Guido tries to hide the horror of their situation from his five-year-old son, Giosue. He tells Giosue that the camp is a complicated game in which “the players” must perform certain tasks, each of which will earn them points. Whoever gets a thousand points first wins a tank. If he cries, complains or says he’s hungry, he will lose points, while quiet boys who hide from the camp guards earn extra points.

Guido continues with this ruse until the camp begins to shut down as the Allied forces approach. He tells Giosue to stay in a sweat-box until everybody has left. This is the final task in the competition to win the tank.

Guido is caught by a German soldier who leads him to his execution. En route, he passes Giosue in the box and winks, still playing the game. The next day, Giosue leaves the sweat-box as a U.S. Sherman tank arrives to help liberate the camp. Giosue is happy, thinking he won the game and the tank, which an American soldier allows him to ride. Reuniting with his mother and still unaware of his father’s death, he excitedly tells his her about how he had won a tank, just as his father had promised.

The movie begs the question – among many posed by the unprecedented terror of Nazi concentration camps – of how anyone could explain such horror to a child. Indeed, it would be hard enough to explain it to oneself. Seeing the movie clips also brought to my mind the question of how to prepare children for the inevitable setbacks, crises and disappointments life brings to most of us.

Only Thing We Can Think Of?

When those things happen, we often try to comfort children, as well as other adults, with the phrase, “Everything will be OK.” It’s often the only thing we can think to say. But will everything always be OK? We know from experience that it often won’t be.

Guido implicitly says that to five-year-old Giosue when he knew it wouldn’t be OK. Guido’s novel approach temporarily, at least, provided a bit of assurance to his son, but in the long run, it was a subterfuge based on a lie.

It occurs to me that it would be better to prepare children to deal with setbacks, crises and disappointments rather than try to shield them from them. In most cases, the shields, like Guido’s scheme, aren’t reliable. Fact is, we know there is no guarantee that anything will ultimately be OK and that death, and the adversity that normally leads up to it, awaits each of us.

The only way we can say that “everything will be OK,” in my opinion, is through faith, which at its best provides assurance that God is with us through thick and thin and that a better life ultimately awaits us.

Like much of God’s revelation, belief in an afterlife evolved in the Hebrew Bible. According to biblical scholars it was part of Jewish belief only in the last 600 years or so before Jesus. But it is pervasive in the Christian Bible.

“For God so loved the world, that he gave his only Son, that whoever believes in him should not perish but have eternal life,” says the Gospel of John.

So no, everything will not be OK in this life, but believers see another, better one ahead. In the meantime, the focus should be on compassion, kindness and generosity and ways we can make this life better for everyone.