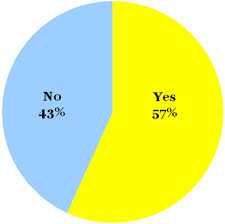 My admiration for Pope Francis is no secret to readers of this blog. So what’s his greatest contribution to the modern world? In my opinion, it’s his oft-quoted conviction that God is not just the God of Catholics, or even of Christians, but the God of EVERYONE.

This may not seem like a big deal, but it’s a sea-change for religious leaders, especially Catholics. The focus of the church has been on “members,” who are considered to be “the Body of Christ,” a “Sacred People,” “a Chosen Race” – concepts that come from the Bible but have been used to justify exclusivity.

Consequently, the vast majority of the church’s time and energy has been spent on members: masses, services and sacraments, schools, visiting members in hospitals, preparing and delivering homilies. Very little time and energy has been spent reaching out to the “unchurched,” the indifferent, the marginalized, the unbelievers, all of whom were the focus of Jesus’ efforts. In public and private prayer, we mostly pray for ourselves and people like us.

Except for its formidable social justice work, the Catholic Church, to which I belong, has been especially inward-looking. There are undoubtedly many reasons for this, but today it may be partly due to the perception that reaching out to outsiders may be seen as proselytizing, which has become taboo.

Proselytizing means inducing someone to convert to your faith, which in the long run, is not effective in helping people in their search for God because it usually doesn’t result in deep roots of faith. Religion these days is a big turnoff for many people, who are asking basic questions about why they need God and religion.

But besides the taboo against proselytizing, other factors may be at work.

Formerly, newspapers had Saturday “religion pages,” many of which were devoted to advertising by various churches. Seldom, if ever, among dozens of such ads by Lutheran, Methodist, Baptist and Presbyterian churches, did an ad by a Catholic church appear.

I never had a conversation with a church leader about this, but I always imagined it was because Catholics didn’t want “just anybody” in our churches, and by appearing among the ads for all the other churches, we would be giving the impression that the Catholic Church was “just another church.”

I doubt that this attitude is what Jesus had in mind.

Believers can’t be timid about helping answer people’s questions about their perceived lack of need for God and religion and most of all, in helping them find God by leading conscientious, joyful lives themselves. I subscribe to the quote attributed to St. Francis of Assisi: “Preach the Gospel always and if necessary, use words.”

I try to avoid biblical references in these blogs because even in English translations, the Bible seems to many people to be written in a foreign language. But with a little effort, people who are searching for God can find in the Bible a wealth of wisdom and inspiration.

The Christian Bible appears to be ambiguous on the subject of who’s in and who’s out, just as it is on other matters. But when there are such apparent contradictions, I always assume that we simply haven’t sufficiently understood them, and I think that’s the case here.

In some passages in the Gospel of John, for instance, Jesus appears to limit his interest to “special” people. “I am the way, and the truth, and the life; no one comes to the Father, but by me,” he is quoted as saying in the Gospel of John. This, of course, could mean, that no matter what you are – Christian, Jew, Buddhist or non-believer – you can find God by following what Jesus taught.

After all, Jesus also said in the same gospel, “In my Father’s house are many rooms,” and when talking about his role as the “good shepherd,” said, “…I have other sheep that are not of this fold.”

The Apostle Paul, in his first letter to the Christians at Corinth, according to The Message Catholic/Ecumenical Edition, writes: “…I have voluntarily become a servant to any and all in order to reach a wide range of people: religious, nonreligious, meticulous moralists, loose-living immoralists, the defeated, the demoralized – whoever.”

Sounds a lot like what Pope Francis wrote in “The Joy of the Gospel.”

“The salvation which God has wrought and the Church joyfully proclaims is for everyone. …To those who feel far from God and the Church, to all those who are fearful or indifferent, I would like to say this: the Lord, with great respect and love, is also calling you to be a part of his people.”