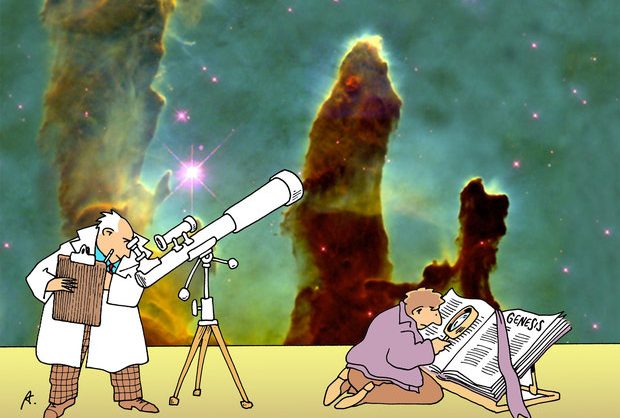 When to Get Serious About the Search for God

In his book, “The Lost City of the Monkey God,” Douglas Preston briefly describes the rise of The United Fruit Company, the firm that had possibly the most influence – for good or bad – of any U.S. organization in Latin America.

In doing so, he briefly chronicles the life and times of Samuel Zemurray, whose fruit company was acquired by United Fruit in 1930. As part of the deal, Zemurray gained a seat on United’s board of directors and eventually gained control of the company.

According to Preston, Zemurray had become a multi-millionaire by his unrelenting interference in, and manipulation of, the government of Honduras and its economy. He raised bananas there to sell on the world market, and much of the world – especially U.S. consumers – couldn’t get enough of them.

Among Zemurray’s most outrageous acts was organizing a coup against the elected Honduran government, finding and backing a penniless ex-president for whom he organized an “invasion” of the country. For his own financial interests, he disenfranchised the voters of Honduras.

According to Preston, Zemurray devoted his later years to philanthropy, “donating lavishly to Central American causes, schools and philanthropic ventures….”

Did Zemurray’s late-in-life generosity compensate for all his earlier misdeeds? Only God knows. But one thing is clear, at least for those searching for God in the Christian tradition: It’s never too late to get serious in the search for God.

This search is a process that lasts a lifetime but we can make progress if we resist the temptation to procrastinate. We may have vague notions about wanting to get serious about God but inertia or fear may get in the way.

The inertia is understandable. Many of us routinely put off what we know we should do, and at some level, want to do. The fear is a bit trickier, I believe, starting with the fact that we often are reluctant to admit to fear. But fear of commitment is real, extensive in our society and no more applicable than in a commitment to God.

Prayer is a good place to start, even if we aren’t sure we believe or are capable of belief. We may sometimes think that we’re merely talking to ourselves or may get frustrated because we see prayer as one-way. We may question why, if God exists, he/she is silent.

God’s silence has been a frequent topic of these blogs and there will surely be more on the subject in the future. But prayer, despite these seeming obstacles, helps us focus on God, become aware of his/her presence, and start and keep us on the road toward God.

Personally, I’m a fan of the psalms in the Hebrew Bible. Even though they are as old as 3,000 years, they have an amazing relevance for humans of every age. They’re poems and songs that capture the deepest longings of the human heart. It’s easy to relate to their varied feelings, including doubt and frustration over God’s silence.

But I believe it’s also important to pray “from the heart” in your own words, or just silently. My deceased brother, Richard, who was a priest in Kansas City, was a practitioner and advocate of “centering prayer,” a meditative way to pray. For more information on centering prayer, go to www.centeringprayer.com. Another useful on-line site for prayer is the Irish Jesuits’ www.sacredspace.ie.

What’s really important, I believe, is to make prayer an integral part of your daily life, and to get that done, I find that I have to set apart times for it each day, like first thing in the morning, before going to bed and at mealtimes. Communal worship, at least once a week with my parish community, is also essential for me.

The story in the gospel of Mathew about the workers in the vineyard speaks directly, I believe, to the question of the timing of the search for God. (Some modern people get hung up on the landowner’s “fairness,” but it reflects the ethos of the time and is not the point of the story.)

A landowner needed workers for his vineyard. So early in the morning he went to the town’s marketplace – much like employers do today when looking for “braceros.” He agreed with a group of workers to pay them the usual daily wage for vineyard workers, and they went to work.

But he found he needed more help, so he went back to the marketplace four more times during the day, the last time around 5 p.m., and those workers also agreed to the usual daily wage. When it came time to pay all of them, the landowner stuck to the agreement, paying those who started at 5 p.m. the same as those who started early in the morning.

The workers who started early objected, but the landowner asked the protestors if he didn’t have the right to be generous. Then Jesus provides the story’s kicker: “So the last will be first and the first will be last.”

Religious people, in particular, should be cognizant of this passage, rejecting the urge to judge. And everyone searching for God should take heart, knowing that it’s never too late to find him/her. But for one’s own sake, the earlier, the better.