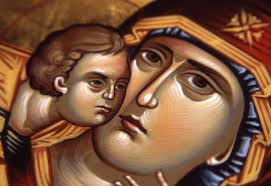 “Mystery:” A Subterfuge for the Unbelievable?

Growing up Catholic, I heard a lot about “mystery.” No, not the novel or movie that may be a “mystery,” but beliefs that are mysteries.

I never particularly liked the term. I always saw it as a subterfuge for a belief that was so obscure it couldn’t be explained, or one that is utterly unbelievable.

But as I age, I’m beginning to see that it’s probably the only word you can legitimately use to describe the indescribable. How can you adequately describe God, whose existence is said to be outside time and space, who is in and around everyone and everything, and who stretches from here to beyond the ends of the universe? Those are descriptions that we humans can’t fathom.

What’s more, how can you adequately describe faith? It’s said to be a “gift,” but if so, why does God give it to some and not to others? And if it’s a gift, shouldn’t that mean we don’t have to do anything to acquire it or retain it?

Rational but Not Entirely of the Intellect

Scripture and church tradition may provide good reasons for such descriptions of God and for saying that faith is a gift, but they’re not provable. And that brings us to another observation about faith: It’s rational, but not entirely a matter of the intellect.

“Moses’ burning bush was not an intellectual exercise,” writes theologian Richard Rohr in his online Daily Meditation, “nor did Teresa of Ávila’s ecstasies happen in a classroom. We rightly speak of faith as a “gift” as opposed to any reasoned conclusion. You fall into it more than reason toward it.”

Maybe this is what Jesus was trying to say with his analogies to seeds. In the gospel of Mathew, he told the story of the sower “who went out to sow” and the seeds he threw out had different fates, depending on the varying environments into which they fell.

His point was that God can provide the seed, or gift of faith, but what happens to it depends on what the recipients do with it. If no effort is made to deepen our faith, it can easily wither.

Another “seed” story is in the gospel of John. Jesus says that “unless a grain of wheat falls into the earth and dies, it remains alone; but if it dies, it bears much fruit.” He may be talking directly about his own death, but I’ve also interpreted this to mean that unless each of us “dies” – to self and to “the world” – we can’t “bear fruit,” that is, have a meaningful relationship to God and others.

Jesus, who grew up in a rural area where most people depended on the land for sustenance, knew that a seed doesn’t “die” when it goes into the ground. He used the image because the seed, like the dead, is “buried.”

Returning to the subject of mystery, it’s interesting that the first definitions of the word in Webster’s dictionary – at least the edition I have – are religious, starting with “a religious truth that one can know only by revelation and cannot fully understand.”

Aren’t so many of our beliefs in this category? Many of us have innumerable questions about them, perhaps continually asking ourselves if they’re believable. Many are anchored in our confidence that the Bible is the word of God in the words of humans. Others in faith in our church.

We can gain valuable insight into our beliefs through study and prayer, but many of them are ultimately – like much of life, mysteries.

“We’re standing in the middle of an awesome and major mystery,” writes Rohr, “life itself, and the only appropriate response to this is humility.

“If we’re resolved that this is where we want to go — into the mystery, not trying to hold God and reality but to let God and reality hold us — then I think religion is finally in its proper and appropriate place. Anyone who has undergone God is humble; in fact, (he/she is) the most humble of all.”