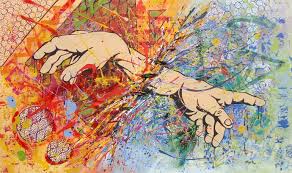 In my five-year, post-retirement career as a mediator, the usual goal was agreement between two sides who were at-odds. And one of the principal ways of getting there was to get them to say what they really wanted from the mediation.

Not that they simply wanted to “win,” or wanted to defeat the other party or that they wanted to save face. No, the key question is what both sides really want. Once you establish that, you have to determine the best way of getting there. It requires honesty on both sides, of course, and that isn’t always easy to get.

Much of this is laid out in a book called “Getting to Yes” by Roger Fisher, William Ury and Bruce Patton. And one of the ways to proceed, says the book, is to “separate the people from the problem.”

Assuming that both sides clearly want to resolve their differences and settle a dispute by mediation, you have to try to get them to see things objectively. That’s also not easy.

Something You Really Want

Getting to “yes” regarding the search for God is similar, you have to identify it as something you really want, and I think that’s half the problem for many. The search may be half-hearted with too many of life’s problems, pleasures and disappointments getting in the way. And indifference and inertia are also major obstacles, in my opinion.

In the matter of faith, God invites and we respond “yes” or “no.” But a “yes” may be neither immediate nor complete. In fact, a “yes” may stretch, change and hopefully, grow over a lifetime. But for a successful search, there has to be a “yes.”

After establishing a desire for God comes the matter of finding the best way to find him/her. As I’ve mentioned many times in this blog, my view is that you should assume that whatever you already learned about God – as a child from your family or affiliation with a church or synagogue – is how God offers your invitation.

This is where the search for God requires some effort. Test whatever faith you already have. Does it, on the whole, ring true? Is it helpful and loving? If Christian, does it recognize that it requires being a disciple of Jesus, including having a genuine concern for the poor, the disabled, the elderly, and the people on the margins of society?

The book, “Getting to Yes,” says that in mediations, “insist on using objective criteria.” Some may say that’s impossible when dealing with faith because faith isn’t rational. I disagree. In my view, it’s radically rational, though not in the same way that science may be.

Somewhat like music, art, literature and poetry, faith is another way of knowing, requiring use of both the intellect and the emotions. It usually takes some study, and the search for circumstances in which your emotions are engaged.

Despite the decreasing attendance by contemporaries in the western world, many people over the centuries have found both in attending church, synagogue or mosque. As a Catholic, nothing accomplishes this for me like the Mass. For me, the fact that it’s the way ancient Christians worshipped is important, and that it’s the best way of carrying out Jesus’ command at the Last Supper, “Do this in memory of me.”

“Mass” has been the name of the Catholic service for centuries, but the acquisition of that name is strange. It’s based on the Latin dismissal at the end of Mass, “Ite missa est.” The word, Mass, was derived from “missa,” but a better and widely used name is “Eucharist.” It’s derived from the Greek and means “thanksgiving.”

The principal prayers at a Catholic Mass remember Jesus by use of the words “we offer,” or something similar, and in most cases, the words “in thanksgiving,” signifying that we join with Jesus in offering thanksgiving to our true Parent.

For me, the Eucharist appeals to the intellect because of its meaning and connection to the ancient Church, and to the emotions through its music and rituals. For me and for millions of believers throughout the ages, it’s a way of getting to, and preserving, our “yes.”