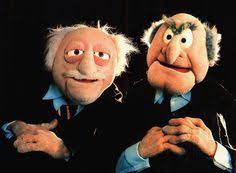 Friendship is Next to Godliness

I recently had a three-day visit from my long-time best friend, Gerald Waris.

A retired priest from Kansas City, Gerald and I have been friends since he and his family moved into our neighborhood when he was somewhere between 3 and 5 years old. We both recently turned 80, so that gives you some idea about how long the relationship has lasted.

We went to elementary school, high school, and eight years of seminary together. After 6 years as a priest in Kansas City and Bolivia, I received a dispensation from my priestly promises and married. Gerald served in parishes in Kansas City and St. Joseph, Mo. – our hometown – until he retired around the age of 65.

Those facts and figures can’t begin to capture the significance of our friendship. Our families have been like second homes. He has been a rock of support, and I hope I’ve reciprocated. He’s always been there for me; and I’ve tried to do the same. Although we frequently talk and communicate electronically, we see each other only a few times a year, but I know he’s there and can always rely on his friendship and I know that feeling is mutual.

Image of Our Relationship to God

The relationship between old friends is an image of our relationship to God – or how it could or should be. He/she is always with us, and as incredible as it is, loves us and is always there for us. We are invited to reciprocate, and some of us do.

Jesus referred to this friendship and pointed it out to his disciples, according to John’s Gospel, saying, he now “called them friends,” urging them to love one another.

John’s gospel also describes Jesus’ friendship with three siblings named Martha, Mary and Lazarus, saying that he loved them. And when he heard that Lazarus was seriously ill, he went to their town of Bethany, near Jerusalem, even though it put his life at risk because the Jewish authorities there “were seeking to stone” him.

Friendship is fueled by agape, according to Christian philosophers, the “disinterested” kind of love, which reflects God’s love for us and our love in return. Wikipedia describes agape as going “beyond just the emotions to the extent of seeking the best for others.”

The best description of agape is in Paul’s first letter to the Corinthians in which he says that love “is patient and kind…is not jealous or boastful; it is not arrogant or rude. Love does not insist on its own way; it is not irritable or resentful; it does not rejoice at wrong, but rejoices in the right.”

As is obvious from Paul’s description, agape can require effort: keeping in contact, listening, showing empathy and loyalty. But most of us believe it’s worth it. That love is similar to the description of the love between God and humanity described in the New Testament. And our part in that love is also worth it. And Jesus calls God not only friend but father, exhibiting an especially incredible intimacy with Jesus and with us.

“Jesus’ familiarity with God as not just Father but as his personal Abba must have disturbed religious leaders who saw his message of unconditional love and unlimited mercy as a threat to their roles as mediators and gatekeepers. Jesus’ emphasis on love over judgment was heightened to the level of blasphemy when his followers began calling him not just a messenger from God but the visible manifestation of the invisible God….”

Friendship gets us out of ourselves and appears to be one of the few spiritual values that still works for many contemporary people. I believe we need to learn to make the leap from human love to the love that provides true peace and joy.

Gerald has so enriched my life. Undoubtedly, so many others have experienced similar friendships. Friendship with God can be at least as intimate and rewarding.