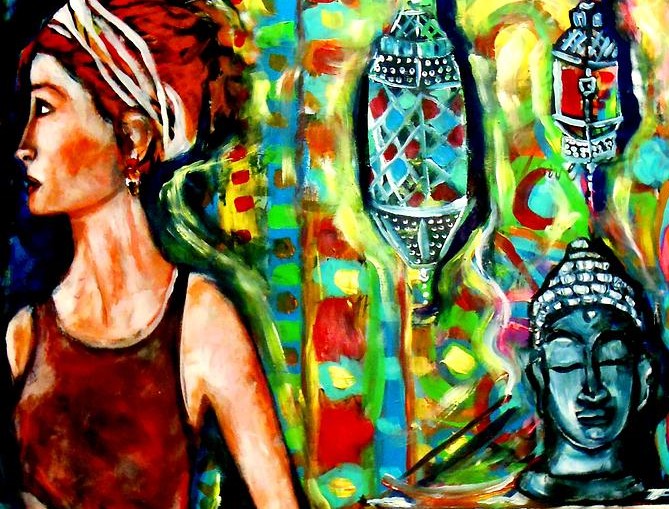 Finding Your True Self

I’m an enthusiastic supporter of science, even though I write these blogs about finding God.

I see no contradiction between science and religion, believing that the contradictions that are commonly seen are actually distortions of both. Science has no way to prove or disprove most religious beliefs and scientists merely show their biases when they complain that religion is “unscientific.” Of course it is. Like music, literature, art, it’s a way of knowing that doesn’t depend on scientific evidence.

Many religious people, on the other hand, reject science off-hand, as if we’re not supposed to use our intelligence and in a methodical, rational way, try to learn as much as possible about life, death and all in between.

During the pandemic, some have criticized the science involved in understanding the COVID virus and providing vaccines and recommendations because they change. At first, the CDC was recommending lots of hand washing and wiping down items with disinfectant while downplaying the wearing of masks. Then they discovered that the virus is transmitted mainly by particles in the air, and they changed their recommendations.

We should expect that. Who would want them not to change their advice? That’s how science works. It’s continually changing with new discoveries.

There is, however, “pop” science and “pop” religion – views and theories that may be popular but have neither scientific nor religious foundations. Sometimes, these “pop” versions merge, often in fringe views of either or both.

Reject All Past Influences?

Take “pop psychology.” One version insists that the “self” must reject all the past influences in one’s life and throw off “the tyranny of the should” as a way to “find one’s true self.”

Doesn’t one’s true self comprise all that made us who we are, the bad as well as the good? Seems to me you have to discern the bad from the good and keep the good rather than start from the premise that everything, or nearly everything, from the past is bad.

And does throwing off “the tyranny of the should” mean eliminating your moral conscience? If it does, you’re in big trouble, to say nothing about the people in your life and society itself. The moral conscience, according to Thomas Aquinas and hundreds of the world’s greatest thinkers over the centuries, is an innate beacon for right and wrong. It’s not a tyranny but exists alongside our freedom to choose, and our consciences urge us to choose the good.

Most religions promote the idea of the conscience, not because they want to impose false “selves” on us but because, following the wisdom of centuries of religious thought, they know that following one’s conscience brings true happiness.

Keeping You From Your Real Self?

If you’re among those who have rejected the religion of your youth, you have to ask yourself in all honesty if those beliefs and practices actually keep you from being your “real self.” This requires patience and discernment, not just following a gut feeling or popular beliefs. And it requires the most honest answer I can give to the question, “What in my past is true and what will contribute to my happiness in the long run?”

I like the expression, attributed to St. Anselm, the 11th-century Archbishop of Canterbury, “faith seeking understanding.” It means, in my view, that you should never be satisfied with your understanding of your faith but must continue to question and seek answers to the questions.

And the antonymous is also true, that understanding should seek faith. That is, we will never find our “true selves” by only pursuing knowledge about the universe and our place in it. The prayer attributed to St. Augustine, the famous fourth century bishop of Hippo in North Africa, prescribes an important way to find the “true self.”

“You have made us for yourself, O Lord, and our hearts are restless until they rest in you.”