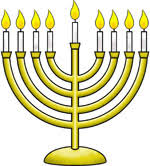 Division, Hate and the Search for God

Mass shootings and terrorist acts against various groups of Americans come and go with such frequency that we may become immune to their horror. The latest, at this writing at least, was the massacre of 11 worshippers at the Tree of Life Synagogue in Pittsburgh on Oct. 27.

According to a report on National Public Radio, “the detectives who investigated the killing reported that the gunman, once in custody, told officers that he ‘wanted all Jews to die.’” The report called this “anti-Semitism in its rawest form.”

“Jeffrey Herf, a historian at the University of Maryland who has written widely on the anatomy of anti-Semitism, argues that particular arguments and habits of thinking underlie its power. Most important, he says, is a willingness to buy into conspiratorial thinking.

“The core of every conspiracy theory,” Herf notes, “is the basic notion that the world is governed by small groups of people who operate behind the scenes and are enormously powerful and enormously evil. A leader who promotes a conspiracy theory, Herf argues, is necessarily implying that, ‘thousands of people are liars and hiding the truth and that he is the heroic one who is revealing the secret of what they’re trying to conceal.’”

How should a person searching for God view these events and their interpretation?

First, note that belief in God and religion doesn’t preclude a buy-in to conspiracy theories. Conspiracies exist, after all. But seeing a conspiracy behind events and ethnic groups, without evidence, and the similar assignment of evil to individuals or groups of people based on their religion or ethnic background is a barrier in the search for the God of Christians and Jews.

And if you’re pursuing the Christian God, even more is expected.

“You have heard that it was said, ‘You shall love your neighbor and hate your enemy,’” says Jesus in Mathew’s gospel. “But I say to you, love your enemies and pray for those who persecute you, so that you may be children of your Father who is in heaven; for he make his sun rise on the evil and the good, and sends rain on the just and the unjust.”

Every major faith encourages love and unity and condemns hate. People who call themselves Christian and hate others, for instance, are ignoring the most basic teachings of Christianity.

Jesus Was a Jew

As for Christians’ attitude toward Jews, it’s good to remember that Jesus himself was a lifelong devout Jew and that Christianity began as a Jewish sect. Jews are the religious cousins of Christians and Christians should honor them and respect their faith.

It’s true that historically, Christians have been most responsible for anti-Semitism. But it’s also true that anti-Semitism is inimical to authentic Christian tradition and the New Testament. And anti-Semitism and the search for God are incompatible.

But more is required than just agreeing with these ideas. Consider the famous poem by German Lutheran Pastor Martin Niemoller (1892-1984). “It is about the cowardice of German intellectuals following the Nazis’ rise to power and subsequent purging of their chosen targets, group after group,” says Wikipedia.

First they came for the Socialists, and I did not speak out—