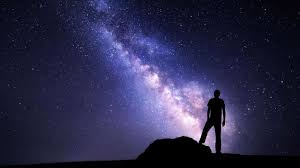 Dear Universe: Thanks but No Thanks

I remember years ago hearing about the “Gaia hypothesis” and thinking that it was interesting, if not plausible.

In case you are unfamiliar with it, the Gaia hypothesis, to paraphrase Wikipedia, proposes that the earth’s organisms interact with their surroundings to form a self-regulating system that helps maintain and perpetuate conditions for life on the planet.

The hypothesis was named in the 1970s after Gaia, who personified the earth in Greek mythology. Wikipedia says the hypothesis today is considered by many scientists “to be only weakly supported by, or at odds with, the available evidence.”

The idea, however, caught on with people who like to personify things that aren’t persons (like the commentators of TV wild animal shows who ascribe human feelings and thoughts to animals and even give them human names). So, for some, the earth itself is alive and has human feelings and intelligence.

Extended to the Universe

And that idea, it seems, has now been extended to the universe. Online comments and TV shows I’ve recently heard include: “The universe has your back,” “Thanks to the universe,” and in a fictional TV narrative in which people considered long dead were found alive, a character said, “The universe just gave us a do-over.”

For me, the known universe is, indeed, awesome. Its size is too much for me to get my head around. In some ways, it’s the model of order and precision. In other ways, it’s fearsome in its apparent emptiness and violence. But it has no personality, no ability to read our emotions or empathize with us, no consciousness.

Are people substituting the universe for God?

I don’t know, but the idea reminds me of Psalm 135 (in Catholic numbering), in which the psalmist refers to the false gods of stone and wood that were worshipped in neighboring, non-Jewish countries: “They have mouths but don’t speak. They have eyes but don’t see. They have ears but don’t hear, nor is there any breath in their mouths.”

Caught up in the furious culture wars that characterize our society, are people reluctant or embarrassed to say, “Thank God” or “God help us?” And though the phrases are meant to comfort people, are they avoiding mention of “thoughts and prayers,” believing they are always empty phrases?

In his book, “What’s the Point of Being a Christian?” Timothy Radcliffe writes that “every child knows that we live between the Big Bang and the Big Chill, when the world will grow cold. Many western children know more about dinosaurs than they do about cows and sheep. They can tell a Triceratops from a Tyrannosaurus Rex more easily than an Aberdeen Angus from a Fresian.”

And many know more about these subjects, and just about everything else, than they know about the author of life, the God who loves them at least as much as their earthly parents.

Like the people who were neighbors to the ancient Hebrews, we fabricate substitutes for God and religion. Why? Because we are suspicious of doctrine, as if it were anything more than an attempt to express what we believe. We reject institutions, as if they were anything more than how humans organize themselves. We dismiss the idea of church, as if it were something other than a family of believers.

Beyond the Confines of Our Culture

Instead, we politicize even God and religion, insisting that they represent the right or the left. We can’t see beyond the confines of our contemporary culture with all its presumptions, biases and limitations. We have little interest in history, the communal memory that keeps us from repeating the mistakes of the past.

For many, feeling good and not harming others comprises their vision or philosophy of life. When they stop feeling good, they are often at wit’s end, conscious of the emptiness of their lives.

For people searching for God, the universe – though awesome in its vastness – is simply a creation of a God who is infinitely more powerful and awesome but who is also our loving parent who wants the best for us. When we recognize this, we can have the confidence of the author of Psalm 90 (in Catholic Bibles), where God says about those who know him:Since he clings to me in love, I will free him;
Protect him for he knows my name.
When he calls I shall answer: “I am with you.”
I will save him in distress and give him glory.