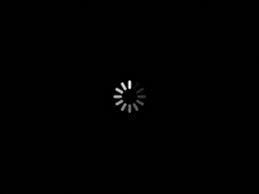 Few saints are better known than St. Augustine, who lived in the fourth century. He was a Roman African, early Christian theologian and philosopher whose writings greatly influenced the development of the western church and western philosophy.

A sort of playboy in his youth, he was converted to Christianity and eventually became the bishop of Hippo in North Africa. One of his most famous lines, variously translated from his work, Confessions, is a description of the period before his conversion, expressed in a tongue-in-cheek prayer.

“Please God, make me good, but not just yet”

Many of us can relate to that. Many people searching for God – or who would describe their yearning for life’s meaning in some other way – are in a constant state of “waiting.”

Think About Religion When It Changes

“I’ll give more consideration to God and religion when I have more time. I’ll do something when my kids are older. I’ll change ‘when I can get my act together.’ I’ll consider belief when modern life provides fewer contradictions. I’ll think about religion when it changes.”

Acknowledging our spirituality and what it means, and should mean, in our lives is a good start. For a good summary of what this means, I turn back to St. Augustine’s Confessions and his other most famous quote, “You have made us for yourself, O Lord, and our hearts are restless until they rest in you.”

The Need for Study

As for “acting” on our yearning for spirituality, I’m a firm believer in the need for study. Most people continue their education after high school, or even elementary school, in every aspect of human life except religion. They stop examining their faith in their teen or early adult years.

Religions like Christianity and Judaism have long histories of interacting with the basic human longing for spiritual connection. They are a reliable route to God. But they are in a sense human and in a sense divine, so we have to get past the trail of human deficiencies that most religions exhibit.

And that would mean knowing enough about them to decide whether they can help in the search for God. Personally, I believe people should know well the faith in which they were brought up before looking elsewhere. God may have good reasons for your being a Catholic, Protestant, Jew, Muslim, Buddhist or Hindu.

But we have to ask critical questions about our faith or potential faith.

“Faith without critical questions would turn into a tedious and lifeless ideology and infantile bigotry, or fundamentalism and dangerous fanaticism,” writes Tomas Halik in his book, Patience with God. “But rationality without spiritual and ethical impulses stemming from the world of faith would likewise be one-sided and dangerous, and could develop into cynical pragmatism or rancorous skepticism.”

So study isn’t enough. If we’re open to it, inspiration can come from nature, other people, music or the arts and – believe it or not – religious services. I know that many people say they “get nothing out of” the Catholic Mass. But for me, it’s the best way to relate to God, doing what the ancient Christians did by joining in Jesus’ sacrifice of himself to the Father/Mother and sharing in the Eucharistic meal.

However it’s done, the insight provided by the Little Prince in Antoine de Saint-Exupery’s famous book of that name applies: “It is only with the heart that one can see rightly; what is essential is invisible to the eye.”

As I’ve mentioned before, we can’t read or study ourselves to belief and commitment. Openness, which includes genuinely thinking for oneself – not just independence from our parents or childhood faiths but from the biases of our society – is what’s needed.