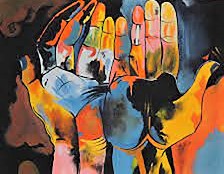 This blog, Skeptical Faith, is not about politics. I know some of the issues I discuss seem to favor one party over the other, but it’s not because of loyalty to a political party. It’s because I believe some issues, which happen to sometimes align with a political party, are an important part of the search for God.

They’re mostly social justice issues about which religion, particularly Catholicism – the religion I confess – cares deeply because the issues reflect gospel values expressed in such exhortations as the Beatitudes and parables such as the Good Samaritan and the Prodigal Son.

Nonetheless, I follow politics and have been particularly struck during the past decade by the extent to which political campaigns show the stark failings of politics in particular and American society in general. It was particularly evident in the last two presidential campaigns, in 2016 and 2020.

The campaigns of Donald Trump, the 2016 winner, and presidential contender Bernie Sanders showed the extent to which a huge segment of the population feels left out, excluded from full participation in the American dream. This was equally evident in the 2020 campaign.

In many cases, the politics of the left-out reflects bitterness, resentment and frustration. In my opinion, it also reflects the value society places on “success,” money, status and possessions and its rejection of people who don’t measure up.

I believe the government can, and should, do what it can to alleviate their feelings of exclusion through social and justice measures, but that won’t solve the deeper problem that is shared by Democrats, Republicans and Independents: the failure to recognize the dignity of all, which is an ethical, not a political problem.

So what has this got to do with the search for God? Everything, because as I’ve mentioned before in these blogs, the search for God cannot be a “Jesus-and-me” thing. Genuine religion, as the letter of James in the New Testament says, is “to visit orphans and widows in their affliction, and to keep oneself unstained from the world.”

In other words, religion is communal. It fosters the common good. It can’t exist without a sense of solidarity, particularly with people who are on the margins of society: the unemployed, the poor, the immigrant, the elderly, the person of color. This is a constant theme of Pope Francis and of many religious leaders.

The pandemic placed a mirror in society’s face, they write, revealing “just how many pathologies were afflicting us: an economy in which “essential” workers are often the least well paid; steep racial hierarchies defended by militarized police forces; an electoral politics engulfed in spectacle and money; and social solidarity so tattered that fellow Americans could view one another as members of enemy camps.” What is needed, they point out, is an ethical transformation.

“Oh, sure,” you might say, “but that’s simply an unrealistic, Utopian idea. People are what they are. You can’t change them.”

Well, that’s certainly true if you ignore the ethical problem and the human capacity for change. Could it be that that religion, that much-abused and abandoned step-sister of society, points the way to inclusion and a just economic system? Who or what else believes that humans can change and is talking about the need for ethical reform?

It’s religion that, day-in, day-out, is an agent of change, pointing out the need for an interior conversion, for the need for human beings to be transformed spiritually, to see things differently, to broaden our horizons, to recognize the benefits of a relationship with the Author of life and with each other. Neither politics nor most other institutions are capable of doing what’s needed.