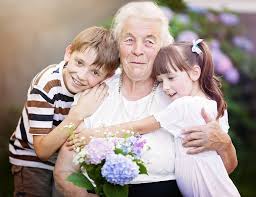 Being with the One You Love

Writing notes for this blog, I stare out the window of the retreat house at New Melleray, a Trappist monastery in northeast Iowa, at what I believe is a large oak tree that has recently shed its leaves.

It stands black and naked against an overcast November sky. It seems dismal, even sad. But, of course, it has no such feelings; it’s simply doing what deciduous trees do. It has no self-consciousness. We observe it and think about it or contemplate it but it has no ability to reciprocate. Partly because of this, we say that we humans are a higher form of life.

It reminds me how much greater the difference there must be between the human form of life and that of God. So much so that we can think of God only by analogy. He/she is father/mother, creator, a “person”  in which “we live and move and have our being,” says Paul in a speech recorded in the Acts of the Apostles. But that, and all language regarding God, is only analogous to what we know from human existence.

If We’re Lucky, at Church

That doesn’t mean that we can’t “know” God on some level. We sometimes feel his/her presence in nature, in other people and if we’re lucky, at church.

Ironically, many people say they don’t go to church because they don’t find God there. Their deepest spiritual yearnings aren’t fulfilled, they say. They may presume that other people there are tuned in, but they feel very little, if anything, of the divine.

For them, “church” is, indeed, a waste of time. But it doesn’t have to be.

Going to church doesn’t make much sense if we don’t already have a relationship with God. And the most direct way to relate to God is through prayer. “Church,” after all, is being in communion with a community of believers, of fellow pray-ers, however tepid and fragile their faith and ours. If you don’t have such a relationship, how could you appreciate the importance of church?

That may be, you may say, but isn’t praying really talking to yourself? You can “speak to God” all you want, but he/she won’t answer. If going to church is a waste of time, praying may be even more so.

I believe many people feel this way partially because of a restricted idea of what constitutes prayer. Many see prayer in a narrow way – asking God for something – and being frustrated if they don’t get it.

Prayer, in my opinion, starts with the notion of who God is and his/her role in my life. If I see God as Father, as Jesus consistently presented him in the New Testament, we will feel a need to communicate with him/her.

(I try to use the pronouns he/she and him/her in this blog because many people prefer thinking of God as feminine and I’m sure God approves because, of course, God is neither. Jesus used “Father” to conform to the culture of his time.)

A prayer that asks for something, traditionally called prayer of petition, is OK, but sticking to the parent analogy, we have to realize that parents don’t always give children what they ask for, and children seldom understand why their parents do or don’t.

But we shouldn’t neglect other forms of prayer, such as adoration, contrition and thanksgiving. Prayer may or may not change God, but it certainly changes us, and it’s an important part of the historical story about the relationship between God and us.

“…Beyond the facts that can be quantified and verified is a story that is both complex and elegant,” writes Diarmuid O’Murchu in the afterward of William Cleary’s book, “Prayers to an Evolutionary God.” The story is peppered with ‘unknowns’ and contains paradoxes and contradictions. But it is susceptible to an investigation that opens us up to mystery and wonder, sentiments that can be called prayer. Mystics have known this transparency of nature since time immemorial.”

Adds Cleary: “Our personal prayer life brings the divine presence into our consciousness, and we carry that presence forward wherever we go.”

It’s relatively easy to feel God’s presence at a place like New Melleray. You can absorb the silence and pray with the monks. And it reminds you that sometimes, prayer is merely a matter of being with the one you love.