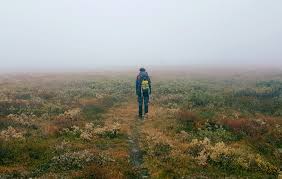 An Antidote to Feeling Alone

DI’ve been watching a “reality show” on the History Channel called “Alone.”

It features 10 people, who the credits say are trained survivalists. They agree to live in the Arctic, alone with a camera and in extreme conditions for an extended period. They are dropped off with only what they can carry in their backpacks.

They each have a telephone that allows them to communicate with the show’s producers. But it is only to be used for emergencies or to ask to drop out and be returned to civilization. Each month during their stay in the wilderness, a medical team visits to make sure the participants are physically fit to continue. The one who outlasts all the rest wins $500,000.

I find the show fascinating in that it captures not only the physical difficulties involved but the psychological ramifications of extreme isolation. Assuming that the show is as advertised (Some “reality shows” are said to be highly scripted and planned.), it shows the incredible ingenuity and perseverance, despite extreme hardship, of its participants. They have to find their own food, by hunting, fishing and trapping, and build their own shelter against Arctic cold and wind. Since I’ve started viewing the show, six of the 10 have dropped out.

The latest to go was a woman who thought she was in good condition, felt good – considering the circumstances – and desperately wanted to stay. The medics who came to examine her for the health check, however, found that several organ systems were at risk of failure and she was removed contrary to her wishes.

Before her, a man who apparently was in good physical condition and had described himself as “macho,” broke down crying while filming after about a month and a half in the wilderness. He missed his family and former life to the extent that he no longer cared about the prize money. He asked to be removed.

All of them faced daily hunger, isolation, risks from injury, exposure to extreme autumn and winter weather and risk of attack by animals. One had to fight off a wolverine.

According to what they said while filming themselves, most participants were mainly interested in the prize money. Some said they enjoyed the challenge and living in the beautiful setting of northern Canada. All of them emphasized the importance of winning.

If any of them had any religious convictions, they weren’t obvious. Some of them commented about the importance of their families and one person regularly gave thanks to “the universe.” I couldn’t help but think that recognition of God’s presence would have been a help to them, providing meaning to all they were experiencing in nature.

After watching the last episode, I read a reflection by Benedict Neenan, abbot of Conception Abbey in Missouri, in the monastery publication “Tower Topics.” I think the participants of “Alone” could have benefited by his words.

“The world is always God’s good creation,” he wrote. “Yet it is full of dangerous elements. Everything God has made contains great beauty and bounty, but some of it also causes harm: extreme weather, earthquakes, diseases, and viruses that can be deadly.” I would add all the horrible and spiteful things we humans do to one another.

World Not Against Us

“All those changes in the weather, plates of the earth, and mutating viruses are part of the world that God created good and gave us to live in, understand and steward. The world is not against us, but it has the power and independence from us that we have to respect and adapt to.

“If our attention is only focused on earthly things, we will alternately be awed and terrified, pleased and disgusted, happy and disappointed. We will conclude that life’s goal is to maximize pleasures and avoid as many sufferings as possible.

“…Goodness lies not only in good health, pleasant experiences, and close relationships,” the abbot continued. “It also comes from acting rightly toward God, one another, ourselves and God’s creation, and that will undoubtedly entail suffering and hardship.”