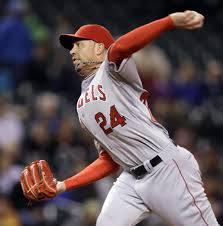 You know how you can have an experience that you’ve had many times before, that has become almost routine, and then, out-of-the-blue, it brings a new insight?

I’ve had that kind of “aha” moment watching sports on TV. One of them was when I first saw a slow-motion version of a major-league pitcher in the process of throwing a fast ball. After seeing it – how unnatural it appears, how it stretches the flexibility of the human body to its limits – I realized how hard it would be to hit and how vulnerable the pitcher is to injuries just from the act of pitching.

I had one of those kinds of moments while attending Mass recently. Let me say at the outset that I understand that this was a subjective experience and that some people may never have such insights at religious services.

It’s just that I write plenty about the problems of belief and religion, and when writing about God and religion for people who may have given up on them, I shouldn’t omit ways in which religious services can bring insights into their lives and their relationship to God.

I was watching people receiving communion, several hundred old and young people, parents with teen and young children in tow, whites and blacks and tans, and thought about how the parents, by bringing them to Mass, were trying to pass on their faith to their children. All were approaching the bread and cup with varying degrees of attention, devotion, and faith and it occurred to me how extraordinary it was.

What caught my attention was how many parents over the centuries have been successful in passing along this faith, and that 2,000 years after Jesus, so many people are still following him. Worldwide, that includes about 1.2 billion Catholics and 900,000 of Protestants, adding up to over 2.3 billion people who follow Jesus.

That’s amazing and unprecedented in human experience. The question isn’t why so few people go to church but why so many still do. What could account for it? Cynics might say naïveté or gullibility. I believe it’s the continued work of the Holy Spirit.

It reminds me of the passage in the Acts of the Apostles – the book of the Bible that describes the birth and early life of the church – in which in the post-Jesus era, the apostles were arrested by Jewish leaders for continuing to preach about their crucified master.

They were hauled before the Jewish leaders, told to cease and desist, and jailed, but miraculously escaped and returned to preach in the temple. They were returned to the Jewish court where the leaders “were enraged,” and wanted to kill the recalcitrant apostles.

But a Jewish leader named Gamaliel, “a teacher of the law held in honor by all the people,” spoke up, reminding his colleagues that many contemporary rebellious men had fomented trouble and their causes had come to nothing.

“…Let them alone,” he advised about the apostles, “for if this plan or this undertaking is of men, it will fail; but if it is of God, you will not be able to overthrow them. You might even be found opposing God!”

Two thousand years later, billions of people are still following Jesus, evidence that Gamaliel was wise and that faith in Jesus is from God.

The gospel read at the Mass I attended was also noteworthy. Its message should appeal to modern people, many of whose greatest complaint about religious people is that they’re judgmental and hypocritical. And this teaching of Jesus, showing his deep understanding of human nature, may be among the reasons we still follow him.

According to the author of the gospel of Luke, Jesus told this story “to some who prided themselves on being virtuous and despised everyone else.”

A tax collector and a Pharisee went to the temple in Jerusalem to pray. Tax collectors were considered by the Jews as little more than traitorous thieves for collecting for the Roman occupiers.  Pharisees were experts in the Jewish law but viewed by Jesus and his followers as legalistic and self-righteous.

“The Pharisee stood there and said this prayer to himself, ‘I thank you, God, that I am not grasping, unjust, adulterous like the rest of mankind, and particularly that I’m not like this tax collector here. I fast twice a week; I pay tithes on all I get.’

“The tax collector stood some distance away, not daring even to raise his eyes to heaven; but he beat his breast and said, ‘God, be merciful to me, a sinner.’

“This man, I tell you, went home again at rights with God,” said Jesus; “the other did not.