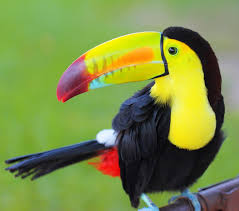 I’m not among believers who deny evolution. To me, it’s a rational and elegant explanation for how the universe came to be.

And neither I nor my church sees a contradiction between evolution and faith. For nearly a century, in fact, the Catholic Church has acknowledged evolution, especially in its teachings on the Bible. The Pontifical Academy of Sciences in the Vatican, established in 1936, promotes science and the theory of evolution.

Still, I sit at my desk beside a second-story window that overlooks nearly a half-acre filled with trees and plants, watching the changes brought about by the rotating seasons. And with the color-drenched late afternoon sky in the background, I’m dazzled by the beauty. And that brings me to questions evolution doesn’t appear to answer.

What accounts for the breath-taking beauty out my window, for how moved we are by natural beauty and how it has inspired generations of artists, poets and writers? How is it that the earth is so well situated, and suited, not only to human life but the human heart? It reminds me that Charles Darwin, who is most credited with science’s theory of evolution, never meant for it to be an answer to everything.

A recent article about a book by Richard Prum, an ornithology professor at Yale University, partially addresses these questions. Prum’s book promotes the view that, unlike what many evolutionists contend, animals are often disposed to mate with others of their species not because of survival of the fittest but because they are attracted to beauty.

The author points out that it is obviously true of certain bird species, for instance, in which a female, usually, is attracted to a male because of the males’ bright colors, apart from its mating dances or the way the male prepares a nest.

“This extravagance is … an affront to the rules of natural selection,” says the article’s author, Ferris Jabr. “Adaptations are meant to be useful — that’s the whole point — and the most successful creatures should be the ones best adapted to their particular environments. So what is the evolutionary justification for the bowerbird’s ostentatious display?”

It’s that sometimes, beauty equals health and the ability to survive. So beauty doesn’t contradict natural selection but is a part of it.

I know many say that if God created the universe, he/she did a lousy job. There are daily natural disasters and when you look at “man’s inhumanity to man,” you may disabuse yourself of the idea of a loving God-creator. But what about the beauty that’s all around us?

I understand that the way you look at reality to a great extent reflects your own experiences, and my life has been a walk in the park. Still, I have to ask myself why the earth is so beautiful, why it’s so suited to human life, why, I believe, the vast majority of people feel so at home in it.

Among other questions – such as why there is something rather than nothing – this is one science simply isn’t equipped to answer. Science is good in answering “how” questions but not the “why questions.” That doesn’t make the “why” questions any less important.

In his book, The Language of God, Francis Collins – a physician and geneticist, director of the National Institutes of Health and leader of the Human Genome Project – writes that he is a proponent of “theistic evolution.”

Among its propositions, is that “despite massive improbabilities, the properties of the universe appear to have been precisely tuned for life.” Why?