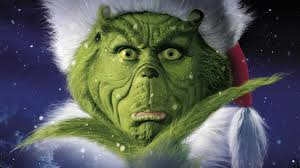 There Should Be Some Grinch in All Believers

Around this time of year, I grumble about the lights and decorations at the malls and in neighborhoods, about the Christmas music that will have to be endured for more than a month, about the incessant sales that urge us to buy stuff we and the recipients of our gifts don’t need.

If I were Pope, I would get together with other Christian leaders and try to change the date of the Christian Christmas, conceding Dec. 25 to the Walmarts, Amazons and Macys. They could proceed with their sales and promotions and we could quietly celebrate the birth of Jesus at another time.

Am I the “Grinch who Stole Christmas?” I don’t think so. I dislike this time of the year not because I’m against the joy of Christmas expressed in gift-giving and reunions of family and friends or because I dislike the happiness brought to some of our children. I would like Christmas trees and the decorations if they all went up a few days before Christmas and if they were truly meaningful. To me, it’s not the Grinch but commercialism and consumerism that stole Christmas.

Each year the holiday seems to slip further and further away from its meaning. It is a thoroughly secular and commercial holiday pretending to be religious, presided over by a fictitious, fat man with a beard who is said to bring piles of unneeded stuff to kids who believe that’s what Christmas is about.

The irony is that we Christians are complicit in this mockery. We enthusiastically join in. Jews, Muslims and non-Christians may feel envious about all the attention on Christmas. They may not see that the feast of Jesus’ birth has been so thoroughly sabotaged that its true celebration must seek refuge in churches along with the immigrants we’re so eager to be rid of.

Is it because our perception is that it’s one of those issues, like nuclear war and global warming, over which we have no control? Or is it that our ties to societal norms are much stronger than our religious ties? Or, maybe it’s a more fundamental problem.

After all, the “true meaning of Christmas” is among the most unbelievable of our beliefs, perceived by many as absolutely absurd. Yet the most awe it produces from many believers is a good yawn.

Christmas is about the author of life, the creator, the God who is said to be in us, around us and “stretching” to beyond the ends of the universe, becoming one of us and doing so in the most astonishing way.

Maybe the way the event is described in the Bible is a problem for modern people. Most scripture scholars – including Catholics and other Christians – agree that the “infancy narratives,” as they describe the Bible’s stories of Jesus’ birth and early childhood, are mostly mythical. The gospel authors weren’t witness to the events.

So the authors used stories, some of which were also part of other cultures and religions of the time, to describe events surrounding Jesus’ birth. In other words, they used folk traditions, the only means available to them, to teach that Jesus’ birth was an event of cosmic proportions.

The authors of the four gospels aren’t “on the same page” in this regard, either. Mark and John ignore Jesus’ infancy, beginning his story when he is an adult. Before his infancy narrative, Mathew starts with a stylized genealogy to show Jesus’ ancestral connections before moving on to Jesus’ birth. Luke has the longest of infancy narratives and is the most detailed.

The fact that much of the infancy narratives are mythical or that the authors of the gospels don’t agree on the details of Jesus’ birth and childhood should not disturb us. The authors weren’t trying to fool anybody. They were passing along what they heard from their sources, much like we do with family stories.

The authors couldn’t use the Internet to check their sources’ accuracy either, but no harm because, like in those family stories, the details don’t matter. Through the genealogy, the story of the virgin birth and the beautiful story about the manger amid the shepherds, they were trying to express the awesomeness of what happened, something that seems lost on many of us.

Jesus was “conceived by the Holy Spirit” because he is Emmanuel, “God with Us.” To me, that is what’s hard to grasp, that God would do such a thing, that because of Jesus’s birth, we can call God “Father.” That is, indeed, incredible and well worth celebrating.

And that’s what should upset us about Christmas. “Grandma Got Run Over By a Reindeer” and “I Saw Mommy Kissing Santa Claus” just don’t cut it.