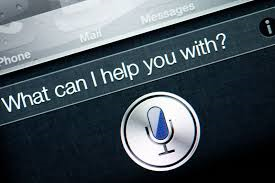 I recently joined the millions of smart alecks who have asked Siri questions they know are hard or impossible to answer. (Siri is the electronic voice that tries to answer questions for users of IPhones.) “What’s the meaning of life?” I asked.

“I don’t believe there is a consensus on that question,” answered Siri.

Pretty good answer, actually. Not only is there no consensus; many people believe life has no meaning. You’re born, you die and that’s it. We’re all part of a heartless, impersonal universe that developed randomly and meaninglessly.

Although I have long accepted evolution as an explanation of how the universe got where it is, I can’t accept that there’s no “why,” that it is random and lacks purpose. It would make the Big Bang akin to a huge explosion at a paper factory that miraculously results in the library of Congress where there are 155.3 million books and items.

No, I believe life has meaning and in my opinion, nothing is more important than learning what that is and living accordingly.

Recently, I’ve rediscovered Simone Weil, the French philosopher and activist who was born into a wealthy, agnostic family of intellectuals in Paris. Besides becoming an academic, she was active politically, but over time lost faith in political ideologies and was drawn to Christianity. She died in 1943 at the age of 34.

Interestingly, Weil – whose life was immersed in intellectual pursuits – wasn’t drawn to religion by any intellectual arguments. While traveling in Portugal, she came upon an outdoor religious service that moved her and later had a mystical experience in Assisi, the hometown of St. Francis. Those experiences led her to a discovery that overshadows rationality and emotion.

“There is a reality outside the world,” she wrote, “that is to say, outside space and time, outside man’s mental universe, outside any sphere whatsoever that is accessible to human faculties.

“Corresponding to this reality, at the center of the human heart, is the longing for an absolute good, a longing which is always there and is never appeased by any object in this world.”

But it is a reality whose access isn’t through normal channels. “Another terrestrial manifestation of this reality lies in the absurd and insoluble contradictions which are always the terminus of human thought when it moves exclusively in this world,” she wrote.

For many of us, much of the time, what we experience is God’s absence. Even Jesus, who Christians believe is “God among us,” had this experience. Dying on the cross, he recited the beginning of Psalm 22.

“My God, my God, why have you forsaken me? Why are you so far from helping me, from the words of my groaning?

But like many of us searching for God, Jesus didn’t stop at questions. Further gospel texts show his trust in his father as expressed in subsequent versus of the same psalm, with which Jesus was intimately familiar.

“Yet you are holy, enthroned on the praises of Israel. In you our fathers trusted; they trusted and you delivered them.”

In an on-line article, Daniel Gallagher, a priest and translator for the Vatican, comments on Pope Francis’ thoughts on faith.

For Francis, writes Gallagher, “faith is a journey; it is a history. God did not reveal himself by dictating abstract truths but by acting in human history. The response of faith, in turn, is historical, meaning that it must be renewed and refreshed again and again. Francis even suggests that faith is not genuine unless it is tinged with a trace of doubt.

“‘The great leaders of God’s people, like Moses,’ he quotes Pope Francis as saying, ‘always left room for doubt. We must always leave room for the Lord and not for our own certainties. We must be humble. Every true discernment includes an element of uncertainty open to receiving spiritual consolation.’”

Siri may not know the meaning of life. That’s generally left to people of faith, and faith is “acquired” by “doing,” through our relations with others, with prayer and patience and by acceptance of uncertainty.